Home > Hearing > What is Hyperacusis? 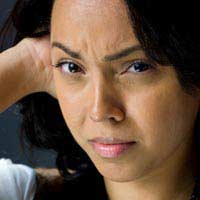 Being hard of hearing is relatively common, particularly as people get older. We don’t find it unusual to have to speak up, to repeat things and to see people with hearing aids. But how many of us realise that it’s possible to have the opposite problem – hearing that is super sensitive? It may sound like fun, sort of like having bionic hearing, but the people affected by it don’t generally find their extra hearing abilities very useful or enjoyable.

The medical term for extremely sensitive hearing is hyperacusis. People who suffer from hyperacusis describe it as living in a world in which the volume control has been turned up and left on full. Noise doesn’t fade into the background – the sound of rustling papers at work, of people eating crisps, or people just talking to each other in a public place all intrude into their world and they cannot get away from noise. Concentration can be difficult and the most common effect of hyperacusis is stress.

Ordinary noises are difficult enough to cope with but loud sounds – vacuum cleaners, washing machines, people using road drills, heavy traffic and aircraft flying low – can all be unbearable. People with hyperacusis have been known to wear industrial ear plugs whenever they can, to adjust the volume of the sounds around them to a level that they can cope with.

In some people, the cause of hyperacusis is never identified. They may experience very sensitive hearing from early on in life, and this may be due to the way their nerve connections are set up. People with hyperacusis may have extra nerve connections between different parts of the brain and the auditory centres, or they may have a very efficient auditory nerve, or perhaps even a greater number of sound receptors in their inner ear. Very little research has been done, so we don’t really understand the basis of the condition as yet.

In others, hyperacusis develops as a result of a specific event, usually a head injury or a course of medication that has side effects on the ear or the brain. Various drugs, including different types of antibiotic, can be ototoxic. Most drugs that have a toxic effect on the inner ear reducing hearing but it is possible to respond differently and for hearing to become very sensitive. The sudden change in hearing capacity can be very distressing, and hyperacusis caused by trauma is usually accompanied by varying degrees of tinnitus, or ringing in the ears.

How Can Hyperacusis be Treated?

Once the condition has been confirmed by an ear, nose and throat specialist, the usual recommended treatment is to listen to low frequency sounds through a pair of earphones for up to two hours each day. This seems to help by desensitising the hearing but it is not a quick fix. The daily dose of low frequency sound waves needs to be used every day for months before it starts to have a positive effect.

Although many people with hyperacusis try wearing ear plugs, the general advice is that this could make the condition worse. It certainly does not help when tinnitus is a major problem.