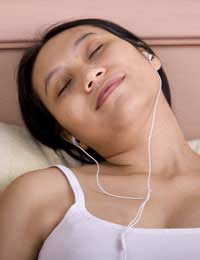 Tinnitus is a problem of the ear that causes the sufferer to experience distortion of sound or to hear sounds such as ringing buzzing or humming in the ears. Normally these sounds are short-lived, but for some they can continue for many years causing quite a lot of distress for the sufferer.

Tinnitus can be caused by a number of different reasons such as exposure to loud noises, side effects of certain medications or as a result of a chronic ear condition. For those who cannot manage their tinnitus, or are finding that it is interfering with their normal daily life, there is a range of treatment options including the use of devices called tinnitus maskers.

What Exactly are Tinnitus Maskers?

Tinnitus maskers, otherwise known as white noise generators, are electronic pieces of equipment that have been designed especially for the treatment of this condition.The aim of these devices is to try and make the tinnitus less noticeable, they do not claim to make the condition go away or cure the underlying problem.

The generators create white noise or static sound that can be heard externally, with the hope of reducing the presence of the tinnitus. Initially the sufferer retrains their brain to listen to the noise, but over time, they become used to the noise, by which time the tinnitus has become less of an importance therefore less noticeable.

Maskers do not necessarily have to be expensive pieces of equipment and trials can begin at home using simple machines such as radios. By playing static sound at a low volume the brain will become slightly confused and will focus on this sound rather than the tinnitus. If this is successful it may be worth considering buying a masking device that can be worn on the body, behind the ear permanently.

As many people find that their tinnitus is worse at night or when there are no background sounds, some companies have created bedside devices specifically for night time use and can be plugged in next to your bed.The advent and increasingly popular use of MP3 players has also opened doors for sufferers of tinnitus as there is now software available that is purely static sound, and this can be downloaded and played as a masker.

Many suffers of tinnitus have developed their own CD’s to be played via a portable CD or MP3 player and suggest using gentler sounds such as waves or breezes as these are less harmful to the ear long term. These can be found and purchased over the Internet though there is no guarantee they will work.

Tinnitus maskers can prove to be very successful in the management of tinnitus, but constant exposure to noise 24 hours a day may not be the healthiest option for your ears. It is best to use these devices intermittently or at set times during the day or night.

If you are suffering from long-term tinnitus, always see your GP to try and determine the cause before using any masking device as there may be an underlying condition that needs treating.

Drugs to Prevent Noise-induced Hearing Loss
Share Your Story, Join the Discussion or Seek Advice..
@Murrymints - I have included a link to the British Tinnitus Association here where you can either try to get some support via its forums or call its helpline direct for some advice. I hope this helps.
EarHelp - 29-Apr-15 @ 2:04 PM
I have developed tinnitus due to ear wax. After 4 weeks of pain I saw an audiologist and had the wax removed. After 4 days I still have intermittent ringing in my R ear. It generally starts in the middle of the night, eases off during the day and goes away early evening. Can you advise?
Murrymints - 27-Apr-15 @ 6:59 AM
Title:
(never shown)
Firstname:
(never shown)
Surname:
(never shown)
Email:
(never shown)
Nickname:
(shown)
Comment:
Validate: