Facts and Figures About Hearing Problems 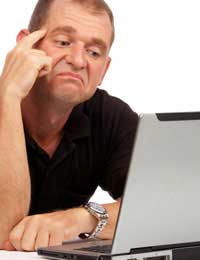 Everyone knows what deafness is and that there are other hearing problems ranging from being slightly hard of hearing to having constant tinnitus to being profoundly deaf. But what is the scale of the problem – only a look at the current statistics can help give an impression on how many people are affected by hearing problems.

Hearing Problems in the UK

In total there are 8 945 000 people alive in the UK today who are either deaf or who have some hearing impairment Almost 6.5 million of them are over the age of 60, indicating the level of age-related deafness. Over 70% of people who are elderly – over 70 – have some level of hearing loss and around 6% of those suffer profound deafness.

However, that still leaves nearly 2.5 million people under 60, just over 100 000 of whom are profoundly deaf. Around 850 newborn babies are found to be deaf at birth, and deafness develops in other children for various reasons so that one in every thousand children aged three years have some sort of hearing difficulty, or are deaf. In total there are 20 000 children and young people aged between 0 years and 15 years who are deaf.

Tinnitus is also recognised as a cause of severe hearing impairment and there are almost a quarter of a million adults in the UK who suffer from tinnitus. They hear constant sounds and noises, usually because of nerve damage to the ear, and are unable to escape from the relentless buzzing, ringing or screeching sounds that affect them 24 hours a day. Tinnitus has varying degrees of severity and there are a further 500 000 people who experience some loss of quality of life because of tinnitus and 2.3 million people who say that tinnitus impacts on their normal sleep patterns.

In the UK alone there are a total of 23 000 people who are deafblind. Figures for other countries are sparse but in the USA, there are thought to be about 11 000 children aged 0-21 who are deafblind. Deafness and blindness is actually becoming more common as it is a possibly after-effect of surviving premature birth. Very premature babies are now helped to survive by medical technology, but their fragile senses sometimes do not survive with them.

In the UK, a total of 2 million people have a hearing aid to help them make the most of the hearing that is left – 1.4 million use them very regularly. In addition to that, it is estimated that there are another 4 million people who might be better off if they had a hearing aid but, for whatever reason, have not got one. Just as it is possible to have a dog to aid the blind, the group Hearing Dogs for Deaf People also train dogs to act as supportive companions for people who are profoundly deaf. Currently 921 dogs are in use in the UK today.

In cases of profound deafness, coping strategies are mainly centred on maintaining communication. Many people with hearing impairments learn to lip read and around 50 000 people use British Sign Language to communicate with others. Unfortunately, the number of hearing people who know sign language is quite low – only 1 in around 150 people in the adult population of the UK.

New treatments are being devised all the time for all sorts of medical conditions and deafness is no exception. There are now almost 60 000 people worldwide who have benefited from cochlear implants – almost half of these are in the USA and this type of treatment is not really available in developing countries.

The World Health Organization estimates that there around 278 million people worldwide who are experiencing a significant loss of hearing in both ears. Something like four-fifths of all people affected by deafness in the world today live in the poorer countries, including developing countries, where facilities and resources to treat chronic ear infections are much lower than in more affluent countries such as the UK, the rest of Europe and the USA and Australia. Low income countries are also less likely to be able to supply hearing aids and other support, so people with deafness are very much left to their own devices. This can lead to communication difficulties, alienation from society and the inability to work and earn money to support the family.

In the USA, 28 million people have some sort of hearing impairment. This affects around 17 children in every thousand and, as in the UK and elsewhere, the number of people affected increases with age. Around 40 people in every 1000 who are over 75 years have age-related hearing problems.