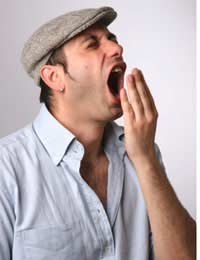 Barotrauma is a condition of the ears occurring due to changes in atmospheric pressures causing discomfort and sometimes pain for it’s sufferers.

What Exactly Is Barotrauma?

When pressures between the external ear, outer ear and middle ear differ, the tissues between each structure stretch and become tense as they learn to adjust and try and equalise themselves. For example, if, when in an aeroplane the pressures suddenly change in the aircraft cabin, the air spaces in the structures of the outer and middle ear have to try and equal these changes, if there is a delay or something preventing this happening, discomfort follows. This condition is usually worsens by having a blocked Eustachian tube, normally from congestion, which prevents the pressures from being equalised.

Why Does It Occur?

In a normally functioning ear, the spaces, or air pockets, between the different anatomical structures of the differing ear compartments remain of equal pressure allowing for vibrations from sound waves, which we interpret into sound. In the instance of barotraumas, the air in these spaces cannot equalise quickly or as efficiently as normal, and as they struggle to achieve their goal, pressure builds-up and causes discomfort or pain.

Being at high altitudes, during landing or take-off in an aircraft, or from being underwater, particularly at depth can all cause barotraumas.It can occur in one or both ears and affects men and women alike of all ages.Along with being due to congestion following a head cold, the Eustachian tube may be blocked due to a birth defect or because of another totally different illness.

Signs And Symptoms Of Barotrauma

The most common signs of barotraumas are discomfort and losing normal hearing function. Sounds can become muffled and low-pitched frequencies may not be heard at all.Pressure build-up may be felt, along with feeling like the ears are blocked totally. These changes in the ears and to hearing can cause the person to feel unstable on their feet or within their surroundings and sometimes can cause nausea and vomiting.Fortunately, these occurrences are usually short-lived and are not usually harmful for the person.

If, after diagnosis, the Eustachian tube is found to be permanently closed, this may indicate the need for surgery to help to open it up. This is a delicate procedure and should be thoroughly discussed before consent is given.

Barotrauma is a common and normally harmless condition experienced when pressures in the air around us and that within the air pockets within our ears are not equal. It can be prevented or corrected by trying to keep the Eustachian tube open allowing for ease of passage for the air between the structures.