Home > Case Studies > My Child Had a Bad Ear Infection: A Case Study

My Child Had a Bad Ear Infection: A Case Study 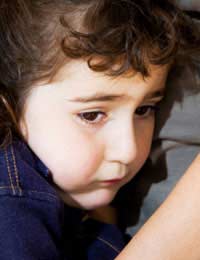 Sunita remembers screaming at the doctor in the casualty department, tears running down her face and almost being thrown out of the hospital. “Its very embarrassing when I look back on it, but the stress of having a very sick child really got to me,” she explains.

At the time, Sunita’s four year old daughter Neela had been ill with pain, fever and an ear problem for nearly a week and the lack of sleep and an excess of worry had pushed her to breaking point.

The Start of the Ear Infection

Neela is usually a very happy little girl who has just started nursery school. One afternoon, when Sunita collected her, the teacher reported she had been tired and crying and rubbing the side of her face. “I took her home and we played for a while and then went into her usual bed-time routine and she seemed fine. It was only later, when she woke up at about 10pm that I started to get worried,” explains Sunita.

Neela was very hot and fractious and kept saying that her head hurt. “I gave her some Calpol and that seemed to settle her – we just thought she was maybe cutting another tooth – her back molar had come through recently on the other side, so we thought she was getting the other one,” she recalls.

The Infection gets Worse

The next morning, Neela was very upset and pale and did not want to eat or drink anything. Sunita had to get out her old feeding cup and make her some warm squash to encourage her to take anything. “I decided to keep her off nursery and make an appointment to see the doctor,” says Sunita. As the day wore on, Neela became very poorly, crying constantly until she made herself vomit and hot and bothered.

“The GP saw us as an emergency case and told me that Neela’s right ear drum was looking very inflamed and was bulging outwards. I really began to worry then – she had become so ill over the last 24 hours and was getting worse. I, of course, worried about the possibility of meningitis with an infection so close to her brain,” says Sunita.

As most ear infections in children of this age are viral in nature, rather than being caused by a bacterial infection, the GP stressed that antibiotics were not a good idea. Unfortunately, that meant that the only treatment was painkillers until the infection passed.

“The next few days were awful, with not much change. We didn’t get any sleep really – when Neela did sleep, we daren’t go to sleep ourselves in case something awful happened. We were shattered.”

One day five of her illness, Neela woke up and could not stop being sick. She held her head and cried and screamed with pain. Suddenly, her eardrum actually burst, releasing some thick yellow-green fluid. “I was convinced now that she did have a bacterial infection and that she did need antibiotic treatment. We didn’t bother with the GP this time, we just took her straight to casualty,” remembers Sunita.

There, she was seen by two junior doctors who seemed fairly unconcerned. “I realise now that, compared with some of the things they were dealing with, a burst ear drum was not that serious, but at the time I had lost all perspective,” says Sunita.

The argument with the doctor was inevitable but it did make the hospital staff realise just how frantic with worry Neela’s parents were. “One of the senior nurses helped me to calm down and explained that the pressure in Neela’s eardrum had been causing the pain – now it had burst, she was in much less pain. She told me that the doctor had agreed to put her on a course of antibiotics as he too thought she might have a secondary infection now. I was so relieved,” says Sunita.

Over the next three days, Neela returned to much more of her normal disposition and her ear, although oozing for a while, healed up. “We had to then go through routine appointments for the next three months and she will have regular checkups to make sure her hearing has not been affected,” says Sunita.

Watching out for Glue Ear

Children are prone to ear infections but repeated infections can lead to the Eustachian tube, the tub between the middle ear and the back of the throat becoming blocked, causing fluid to build up in the inner ear. This condition, known as ‘glue ear’ can cause children to have poor hearing, which can affect their language development and change their behaviour at school. “Fortunately, she now seems fine – I still worry, but not so much,” says Sunita.