Home > Case Studies > I Lost My Ear: A Case Study

I Lost My Ear: A Case Study 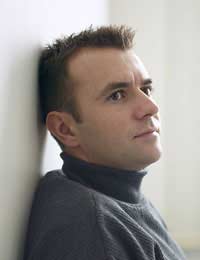 When Peter slammed on his brakes to avoid running over a cat, his relief at not killing the animal was rapidly overtaken by panic. As he braked the car had skidded sideways and hit a bollard at the side of the road. Although he was slowing down, the sudden impact triggered the air bag in Peter's car. “It was all a bit of a shock and it happened very fast. I was glad I hadn't knocked down someone's pet but I was worried about the damage to my car. I have insurance, but there is always an excess. I remember thinking about this and then noticing that there was blood on the air bag – a lot of it!” remembers Peter.

Broken Glass and an Ear Injury

When the air bag had inflated, it had pushed into the window in Peter's car door. This had a small crack in it for sometime that Peter had been meaning to fix. “As it was the side window not the windscreen, it didn't seem urgent and as it was going to cost about £80, I had left it. The trouble was, when the air bag hit the cracked glass, the window broke. It didn't shatter completely – the cracked part where the fault was broke off in a large piece and somehow managed to hit my head. Then came the worst moment of my life so far – I reached up and my right ear wasn't there, there was just a hole and a lot of blood on my hand.” says Peter.

This grisly scene prompted two passengers in the car behind to bundle Peter in their car and take him straight to the Accident and Emergency Department of the local hospital, which was only 2 miles away. “One of the women was the first aider at work and she saw immediately what had happened. She had been shopping and had bought some shirts for her husband – she unwrapped two of them, I held one against my head and she wrapped my severed ear, which had been on my lap, in the other one and we went straight to the hospital,” says Peter.

No Chance of Sewing the Ear Back on

Although acting quickly could have saved a finger, severed ears are more difficult to sew back on and the surgical team at the hospital made the decision to prepare Peter's injury in such a way that he would be able to have a prosthetic ear later on. “The blood supply couldn't be reattached to keep my own ear alive, so they inserted a tissue expander that expanded my skin as my injury healed over the next few weeks.

Peter then saw a specialist at a larger hospital to start his ear replacement. The tissue expander had done its work – the skin just behind where his ear used to be was used to create a flap, into which a plastic prosthetic ear, modelled on Peter's left ear, was inserted. “It was held in place by two titanium pegs, which had to be surgically implanted into the bone in my skull. It was a careful, multi-step treatment and took three operations over 6 months. The final op was plastic surgery to improve the cosmetic appearance of the ear as much as possible.

As the operation site healed, Peter was pleased that his ear implant started to look very normal over the next few months. “I had always had very short hair – clipped as short as possible but to disguise the slight scarring at the top of my ear, I grew it a bit longer. To be honest, no-one really notices anything now – people who know me think its fantastic. If I ever get my hands on that cat though...” Peter laughs.