Home > Children & Ear Health > Is There a Vaccine to Reduce Ear Infections?

Is There a Vaccine to Reduce Ear Infections? 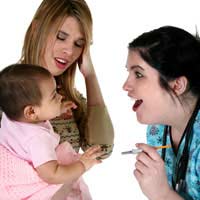 Every parent will understand the agony of seeing the pain experienced by children who suffer from an ear infection. Due to their developing immune systems, they are more likely than adults to suffer from these infections, which not only cause a great deal of pain, but can lead to further complications if they do not clear up or are not treated appropriately.Ear infections are one of the leading medical complaints in young children, especially during the first few years of life.

What Is The New Vaccine?

Scientists have developed a new vaccine that will help combat middle ear infections in children who are under the age of two. The vaccine itself contains a variety of different proteins developed from a type of bacteria called Streptococcus pneumonia. These bacterial proteins are then mixed with other proteins from another bacteria called haemophilus influenzae. Some experts have argued however, that the costs and discomfort of administering the vaccine is questionable especially as it is not a life-threatening or very serious condition.

What Infections Will It Treat?

The new vaccine helps to protect the under-two age group from infections of the middle ear, otherwise known as otitis media. This space is normally filled with air, but when an infection is present it can become filled with mucous-like fluid. This causes pain and inflammation and the infection is at risk of spreading further into the ear and damaging the ear drum and the delicate structures that surround it.

Middle ear infections can either acute with only one independent short-lived experience, or can be chronic in which case the infection is prolonged and can recur; it can be a common side-effect or consequence of having a head cold.This group of children are more likely to suffer from middle ear infections for a number of reasons. If infants are purely bottle fed, they are more at risk of infections due to the sucking process on the teat of a bottle which is very different from the sucking action whilst on the breast. They are also more likely to have an infection from a foreign body being stuck in the ear; something which all small children are at risk from as they learn about themselves and objects around them.From the age of around six months, babies begin to teeth, the side-effects of teething can include cold-like symptoms which also contributes to the likelihood of experiencing a middle ear infection.

Where Is This Vaccine Administered?

Following extensive tests, the vaccine is available for general use in the US, and has recently been given the go-ahead to be marketed in the European countries.It is thought that once readily available, it will be offered in most GP clinics and any questions or issues should be discussed individually with your physician or health visitor.

Middle ear infections are a common problem among children. It can cause pain and discomfort and develop into more serious infections if left untreated for too long.A new vaccine may help prevent these infections but some experts believe them to be expensive and unnecessary for an non-life threatening disorder.