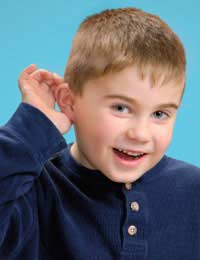 Meningitis is a serious infection of the meninges, the membranes that surround the brain. When these become infected with bacteria or viruses, the membrane becomes the centre of an intense inflammatory response. Fluid builds up in the confined space within the skull and this can cause brain damage very quickly. Viral meningitis is rarely fatal but can cause serious illness and recovery can take months. Bacterial meningitis has a much higher fatality rate, particularly in children and young people.

In the UK there are around 3500 cases of bacterial meningitis each year; a decade ago, the bacteria responsible were mainly Neisseria meningitides, also called the meningococcus, Streptococcus pneumonia, also known as the pneumococcus, and Haemophilus influenza B (HiB). Since then, the pattern of infection has changed as a very effective vaccine for the meningococcal C strain and for HiB has become widely available and has been introduced into the childhood vaccination programme.

Although the number of cases of bacterial meningitis has dropped as a result there is some evidence that there have been more cases of pneumococcal meningitis. In April 2010, the vaccination schedule for all children in the UK was updated to include a vaccine that is protective against 13 pneumococcal strains. This should see pneumococcal meningitis drop again, but there is a concern that the ‘gap’ created by eliminating these 13 strains will be filled by infections caused by other strains not covered by the vaccine.

While efforts continue to reduce the cases of meningitis, public education programs have been making sure that parents and teachers are well aware of the early symptoms of meningitis; if antibiotic treatment is given very quickly, within a couple of days of infection, there is less of a risk that the infection will progress to serious illness or death. Any baby, child or teenager with a high fever, drowsiness, a severe headache and photophobia needs emergency medical assessment.

If the infection is recognised and treated early, there is a good chance that some of the complications of meningitis can be avoided. This is not always possible, however, as some of the damage to nerve cells can happen very quickly; the damage to cells within the cochlea can occur within a day or two of infection, for example.

Children who recover from bacterial meningitis may suffer long-term problems related to brain function, eyesight and hearing. Deafness is the most common serious long term effect of meningitis; around 7% of children who have had meningitis become either deaf or suffer severe hearing impairment. The younger the child, the greater the risk and meningitis in babies is particularly dangerous. A high percentage of children who have meningitis when they younger than one become deaf before their third birthday.

All types of bacterial meningitis can lead to hearing damage and deafness but the body’s reaction to pneumococcal meningitis can be particularly strong; it is this clash of the body’s own immune system with the advancing infection that causes damage in vital nerve cells in the cochlea. Once these have been damaged, they cannot recover.

Once the most severe stage of the infection has passed and the child is starting to recover, it is important to arrange follow up tests to check out the extent of nerve damage that the infection has caused. Most experts recommend that a hearing test should be done within 4-6 weeks of discharge from hospital. This will discover whether the hearing has been damaged and follow up tests will check if there is any deterioration in the coming months.

If hearing impairment is detected, it is important to provide the child with good hearing aids and with supportive care such as speech therapy as soon as possible. Children whose deafness or hearing problems go unrecognised are more likely to fall behind in their development. With a lot of help at this crucial stage, children can learn to cope with their deafness and progress through their education.